After watching the first seven days of Russia’s invasion of Ukraine unfold on TV and social media, I decided to channel my anger and frustration at how little the world was doing to defend the people of Ukraine against such a barbaric and unprovoked attack, by exploring how I could take positive, direct action to help those affected.

I spent a coffee-fuelled weekend researching different ways to support those affected, during which I came across a Just Giving campaign to raise money to pay for the transport of aid donated by UCL students, from London to Lviv. Many of the donations were £10 – £50 and they had only reached 30% of their funding target.

My research showed that many of the UK donation drives were taking aid to Poland, and those organising using UK vehicles trying to take aid across the polish border into Ukraine were unable to get UK trucks across the border to Ukraine, where I felt the aid was needed most urgently, given the incredible response by the Polish people and the major aid agencies.

The Just Giving campaign referenced a UK logistics company called Oddisey Ltd, run by Ukrainian owners, who were using Ukrainian registered trucks to transport donated aid from London to Lviv. I called Oddisey Ltd and established the cost of sending a 20-tonne truck with aid from London to Lviv. I also learned that they were receiving many enquiries from UK organisations wanting to donate aid, who were unable to transport it to Ukraine, because they could not afford the transport costs and there was no coordinated or co-funded transport activity.

The next day I figured that one truck of donated aid was not going to make enough positive impact, so after discussions with our team, we conceived the idea of using the power of our ClimateAction.org community to generate sponsors and aid donors for 20 x 20-tonne trucks, to carry aid from the UK to Lviv.

Please connect with me on Linked In or by email if you can help us scale our Campaign.  nhenry@climateaction.org 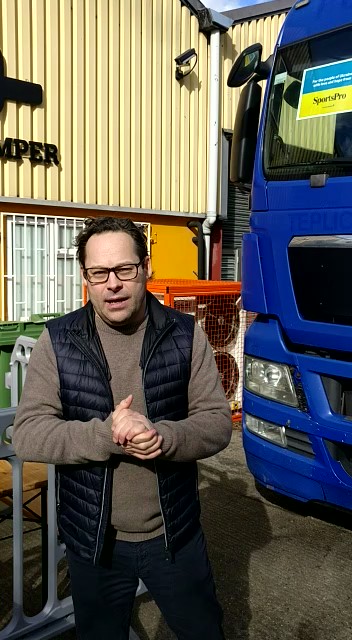 Climate Action is a mission led business, working at the intersection of climate change policy, innovation and sustainable finance, facilitating tangible partnerships between business, government and investors to accelerate the global transition to net zero in order to achieve the objectives of The Paris Agreement.